Write a script that figures out which guest gets the largest piece of pie.

Let’s take a look at what happens for the first few guests when time they come to take a slice of the pie. The table below shows the calculation made for each guest:

There’s clearly a pattern there:

where \(i\) is the index of the guest and \(R\) is how much pie is remaining, to calculate how much they get. Given the table and the points noted above, it becomes clear that the way we get \(R\) is just by going back to the calculation made by the guest before, all the way back to the first one:

This problem can be considered as a product of a sequence, with a general formula of

The first iteration of my code used this observation, keeping a list of the amount of pie left after each guest. The next value, \(i\), in the list is calculated simply by multiplying the last element in the array by \(\frac{100-i}{100}\) since that value is already the product of all prior multiplications up to that point. Then I would take the difference between the sizes of the remaining pie after the current guest and the guest before:

I kept a hash with the largest piece seen so far, which is returned as a hashref.

It turns out, however, that the shares each guest gets are actually getting larger right up until a certain point, as shown in the graph below: 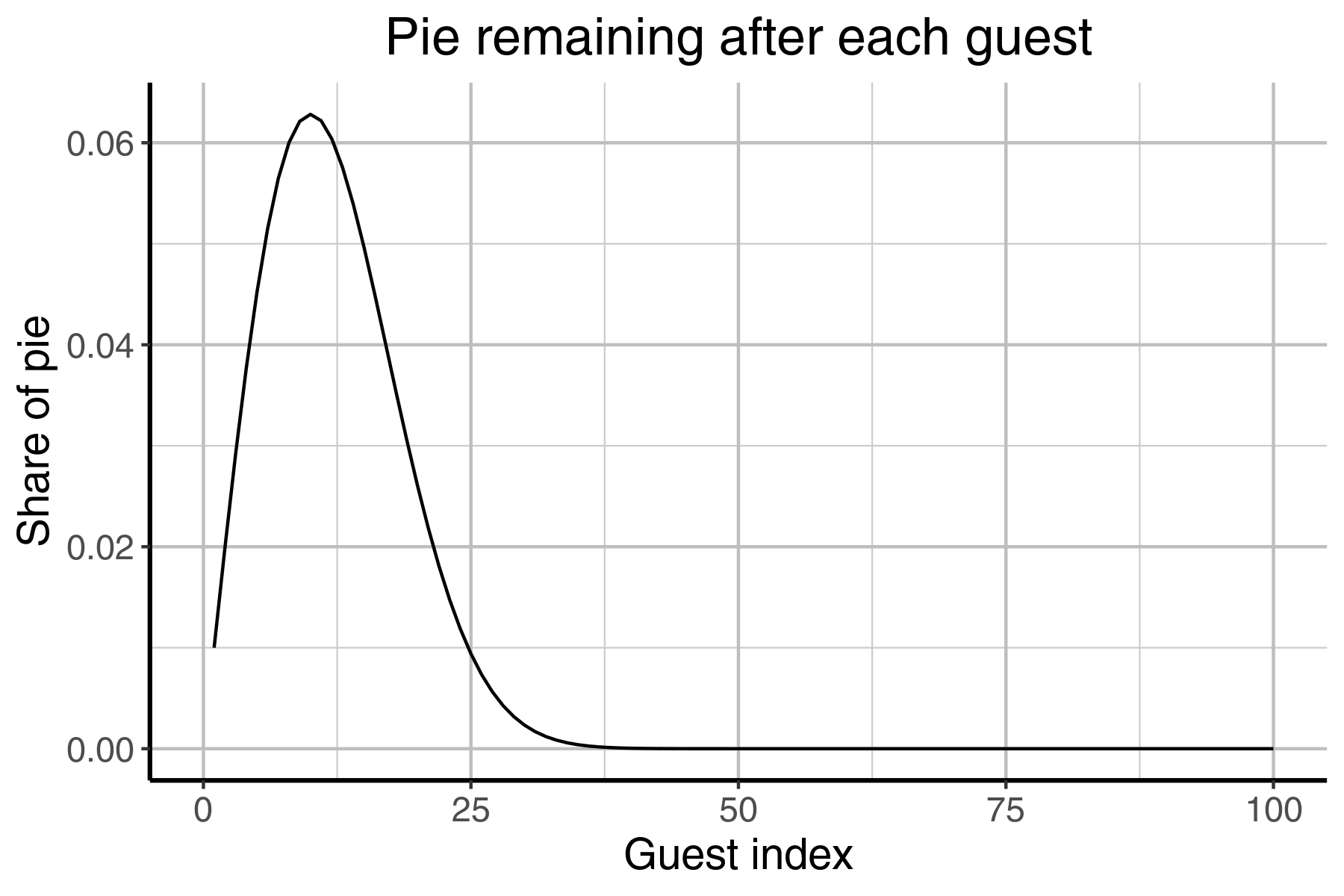 Which means that we only really need to keep track of values for the pie share right up until the share sizes start to decrease, halting execution much sooner than in my first try at this. Late spoiler alert: it helps if you already knew the answer ahead of time, but the largest slice is taken by the 10th guest, so we save needless calculations over the next 90 guests!

Another change we could make is that we don’t need to maintin a list of all prior values. You could just keep track of the last piece and the pie remaining:

Obviously, I won’t claim that this is the best solution, but the best I came up with, in the time I had. I took a page out of Steven Wilson’s book and used Benchmark::Forking as he details in his awesome blog post on last week’s challenge. Below are the results I got when comparing the two methods: